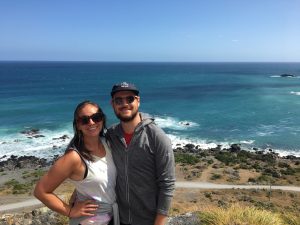 Kidney disease isn’t curable, it is only manageable – for kids and their family, the reality of this is hard to process. This is then followed by the ongoing illness, management and health scares. Kidney Kids NZ is a not-for-profit charity that gives support to whanau through family support events, personal development, hospital visits, home visits and much more.

The journey all began when Cam had grade 5 reflux as a baby. Instead of the urine going out, it moved up and down the urinary tract and as a consequence, damaged his kidneys. At just 18-months-old, Cam had an operation where the doctors re-implanted his ureters. Since then, Cam was running on reduced renal function, gradually worsening throughout the years. Kidney Kids support was available to him every step of the way until he reached 21.  At 27, he was told the news by his kidney specialist that they would have to prepare him for a kidney transplant. Both Cam’s parents got tested and while unfortunately his mum had his kidney disease at a much smaller level, his dad was a positive match.

Two former kidney kids Cam met through the charity visited him after his transplant. Both of whom had already had their transplants. It was Kidney Kids that gave Cam the opportunity to meet the only people that could directly relate and knew first-hand the difficulties of kidney disease.

For Cam, his favourite memories were the Kidney Kids camp where he got to meet other kids he could relate to, and to this day they still keep in touch. The best advice he could give to other kidney kids is to take up any opportunities to go to events. The events are a space of distraction for some, a space of connection for others, and for all, the creation of life-long memories.