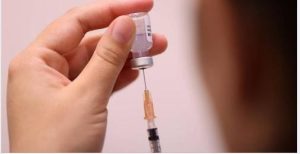 Kidney Kid Honour and her Mum Andrea were recently interviewed by Newshub about the impacts of COVID-19 on immunocompromised Kiwis.

Check out the full story below:

Research shows only about one-third of that group gets protection from two jabs. But some still can’t have the vaccine at all – like one special young girl in that boat.

Honour Sergeant looks like any normal seven-year-old. She’s confident, fun-loving and creative. But she also has a hidden vulnerability.

“Mummy gave me a kidney, because my other two were going to die,” Honour says.

But her immune system will always be compromised so she’s more practised than most at putting on a mask.

“So you don’t get sick and so other people don’t catch it,” she says.

Even a cold can land Honour in hospital, so she can’t afford for our health system to be over-run.

“My biggest fear is if that day comes, and we get that positive result for anyone in our family that we won’t be able to access the healthcare that we need,” Andrea says.

Honour relies on immune-suppressing medicine so her body won’t reject her mum’s kidney.

But that means even if the COVID vaccine is approved for use in young children – it’s not likely to provide much protection.

Research shows the vaccine is less effective for the immunocompromised.

“A third are responding, and two-thirds potentially are having very very little immune response,” says Dr Edwin Reynolds from the Immunisation Advisory Centre.

There’s no exact number, but it’s estimated tens of thousands of New Zealanders have an immune deficiency – including people with auto-immune conditions like lupus, HIV, severe asthma and some cancers.

And the research is clear – if they do get COVID, serious illness or death is much more likely for the immunocompromised.

For most of us, when the border re-opens it represents the chance to hop on a plane and travel, go to parties. But for them, when the virus is circulating more widely here, they’ll have to retreat.

“We are going to feel a bit left behind. As everyone gets excited to out to the shops and go to the mall – going to Sylvia Park won’t be an option for us,” Andrea says.

The Sergeants will continue a level 3 life even after New Zealand opens up – but that doesn’t take away the fear for their girl.

“It’s hard to accept, only a couple of years into this journey, that she might die as a result of COVID because we opened our country up,” Andrea says.

But there is now a glimmer of hope – a third vaccine dose is improving the level of protection for immunocompromised people in the UK and US.

But with Honour still too young for any vaccine at the moment, the Sergeants need everyone else to get the jab – to give their daughter her very best chance to stay COVID-free.